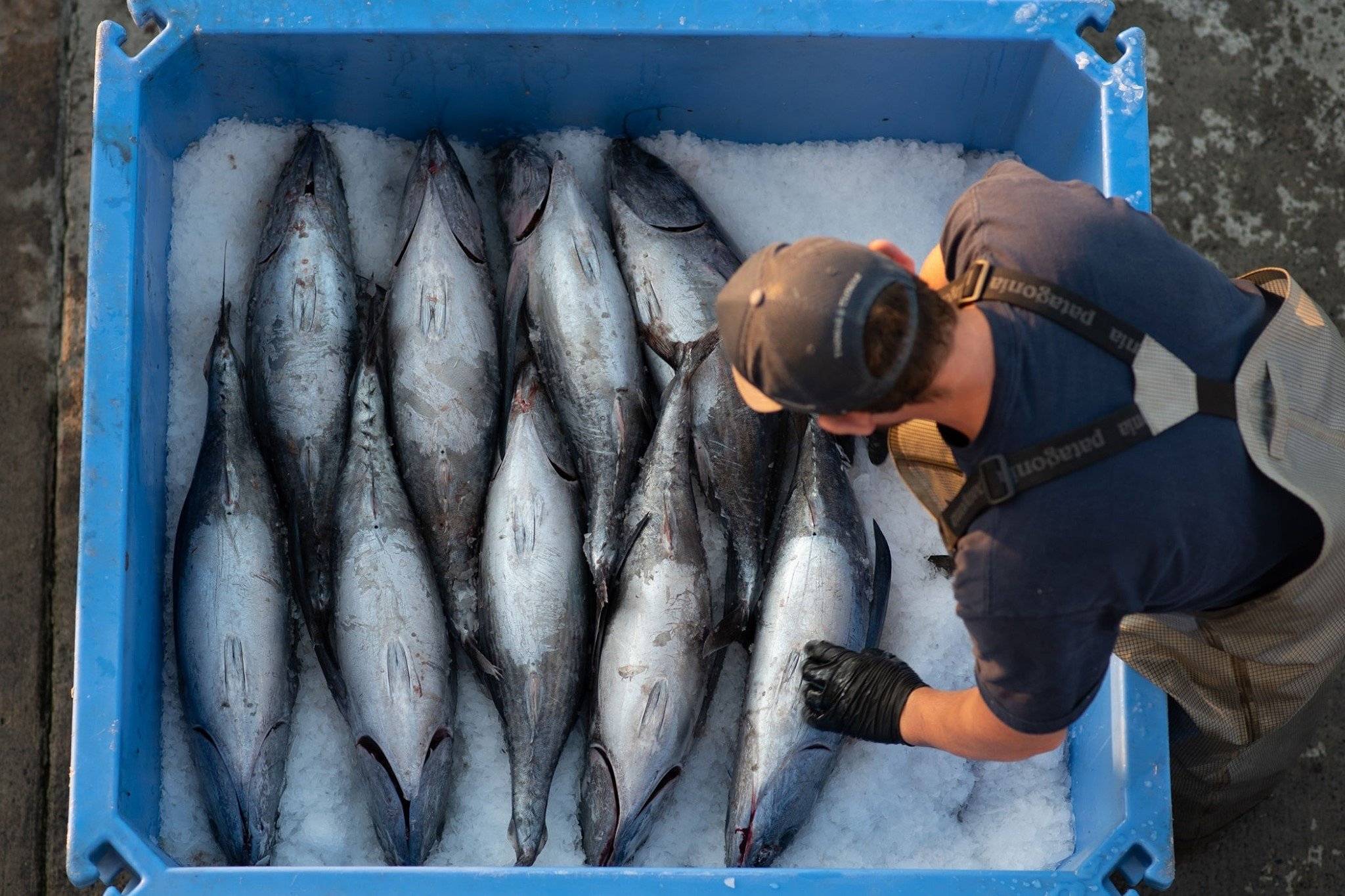 Fishing Grounds:Oregon and Washington coastal waters. From the port in Ilwaco, WA, the fishing radius has all boats returning within 24 hours.

Fishing Practices:Tre-Fin preaches: “One fisher, one hook and line, one fish.” They use a net—not a gaff—to bring their fresh catch on board. Once landed, every fish is immediately bled, then chilled in a saltwater ice slurry—not frozen. All fish is caught and brought back to port within 24 hours. Every fish is hand-cut,vacuum-packed, and quick-frozen on-site in Ilwaco, WA.

“We’re Day Boat Fishermen, so we are gonna bring the seafood that we catch back within 24 hours.” - Mike Domeyer, Founder of Tre-Fin Day Boat Seafood

Tre-Fin has become one of the most trusted suppliers of day boat-caught fresh fish since launching their Ilwaco, Washington fishing operation. As Mike Domeyer describes above, they’re committed to bringing their line-caught seafood from Oregon and Washington coastal waters back to port within 24 hours (the only commercial fishery who can claim this commitment). This dedication to freshness is what separates Tre-Fin from the rest. Ultimately, it’s part of a mission to fight for our region’s sustainability efforts to ensure the industry—and the livelihoods of its fishermen—can be stronger for years to come.

Tre-Fin’s uniquely outfitted boat, along with a co-op fleet of similar fast day boats and local fishers, are equippedwith long line gear to catch Pacific albacore tuna and groundfish stocks of black cod, rock fish, petrale sole, ling cod, halibut (in season) and skate. This seafood is caught responsibly by targeting healthy stocks of fish, reducing bycatch, and minimizing the mortality rates of any released fish. As they describe it, it’s “One fisher, one hook and line, one fish. We use a net—not a gaff—to bring our catch on board. Once landed, every fish is immediately bled, then chilled in a saltwater ice slurry.”

Once their crews return, transparency is key: They immediately get to the business of processing their daily catch responsibly by filleting their fish, keeping track of how and where the fish was harvested, and flash-freezing their packages for distribution. In other words, they can tell you everything that happened to the fish from the moment it’s caught to the moment it’s bought.

At the end of the day, it’s these small crews that are making the difference in the fight for a more sustainable future. We’re big fans of Tre-Fin and their mission to change the industry from right here in the Pacific Northwest. Wanna experience their Day Boat Seafood yourself? Our Chef-Curated Seattle and Portland  Seafood Selections are a great place to start!