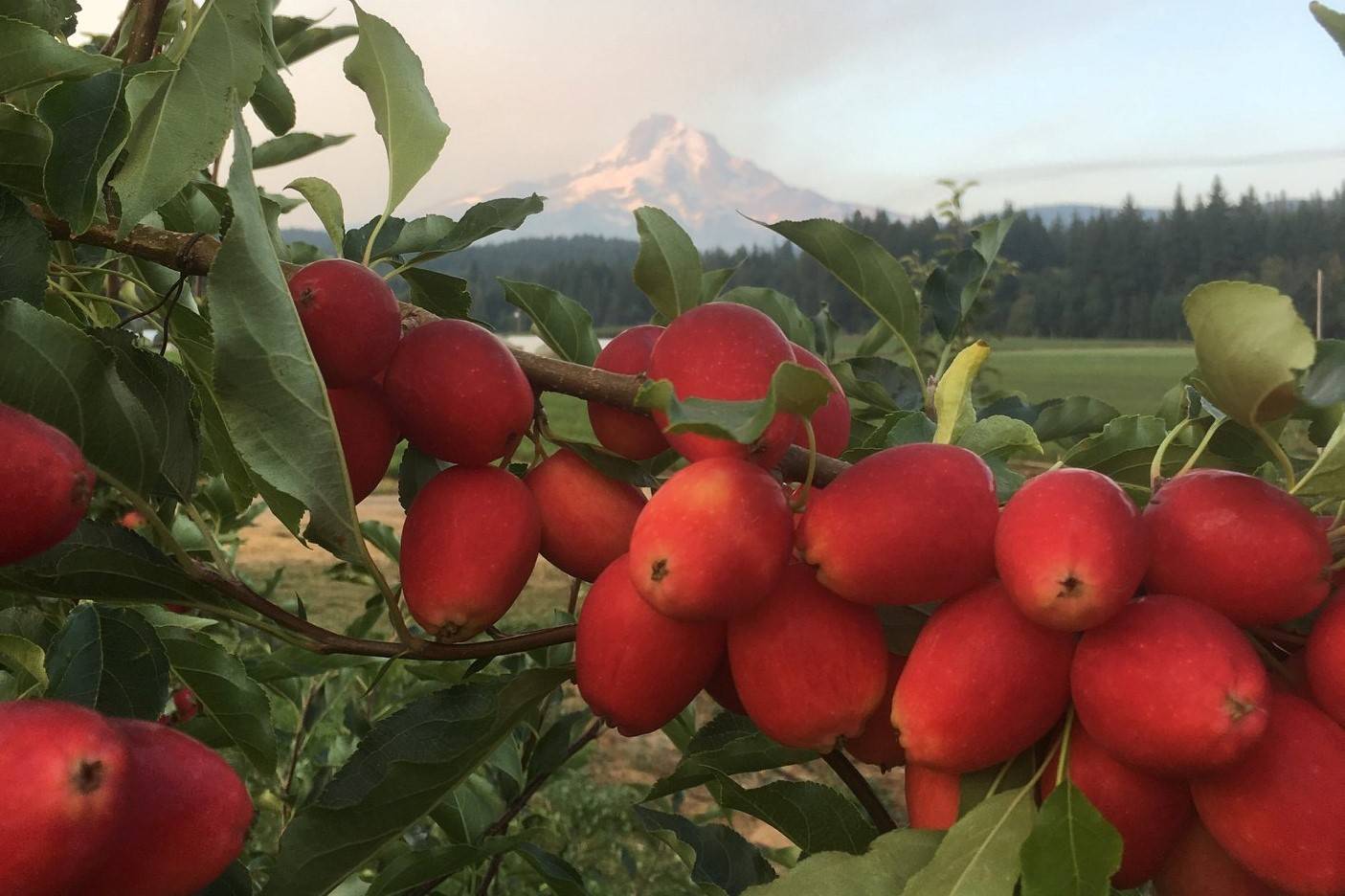 Farmers: Randy Kiyokawa (a third-generation orchardist), his mother, Mich, and his sisters,Connie, Nancy, Margie, and Becky.

What they Grow: Over 100 varieties of apples, pears, Asian pears, and cherries.

Farming Practices: A preventive oil and sulfur or lime-sulfur spray is part of the orchard’s pest and disease control program. A formulation of copper and oils is also commonly used just before bloom to reduce fire blight, cankers, pseudomonas, and other diseases. All oils used throughout the season are OMRI approved for Organic Certification.

Quote: From Randy: “...life is good and I enjoy what I’m doing. The perception of farmers and farming has slowly changed to one of respect and gratitude.   I am fortunate to be experiencing that evolution.”

Kiyokawa Orchards has roots spanning over 100 years old in Oregon’s Hood River Valley. Its incredible heritage is truly part of the cultural fabric of the Pacific Northwest and a great reminder of that age-old saying: “farming’s in my blood.”

Randy Kiyokawa is a third-generation orchardist growing over 100 varieties of apples, pears, cherries — even pluerries — in Parkdale, Oregon, nestled in the heart of the fertile Hood River Valley. His grandfather represents the first generation, having emigrated from Japan in 1905 to start farming. Randy’s parents, Mamoru (Mam) and Michiko (Mich) met in a Japanese internment camp during World War II. After the war ended, and Mam served in theU.S. Military Intelligence Service, he returned to the Hood River Valley where he purchased the first 25 acres of the current farm, which grew into the 207 acres that exist today.

It was in 1987 when his father Mam was ill that Randy returned to the farm to help guide it through difficult times; namely, the Alar scare of 1989, an event that shined a spotlight on the use of harmful pesticides in the farming industry. Although they never used Alar in their orchard, this occurrence sent a shockwave through the region and was perhaps a reaffirmation for the sustainable practices still used to this day.

All of the orchard’s trees grow on fertile soils fed by rarified glacier water from the base of Mt. Hood. The trees are grown sustainably withmanagement practices that look to future generations, not just today. For pest and disease control, apreventive oil and sulfur or lime-sulfur spray is used. A formulation of copper and oils is also commonly used just before bloom to reduce fire blight, cankers, pseudomonas, and other diseases. All oils used throughout the season are OMRI (Organic Materials Review Institute) approved for Organic Certification.

To go back to that phrase, “farming’s in my blood,” the Kiyokawa family is a great example of how an agricultural heritage is shared, sustained, and passed down through the generations. It’s always a delight in the fall when we start hearing of the dozens of varieties of fresh fruit hitting the farmstands. As always, our radars are finely tuned to see what we can get our hands on for ourFarm Fresh Produce Selections!